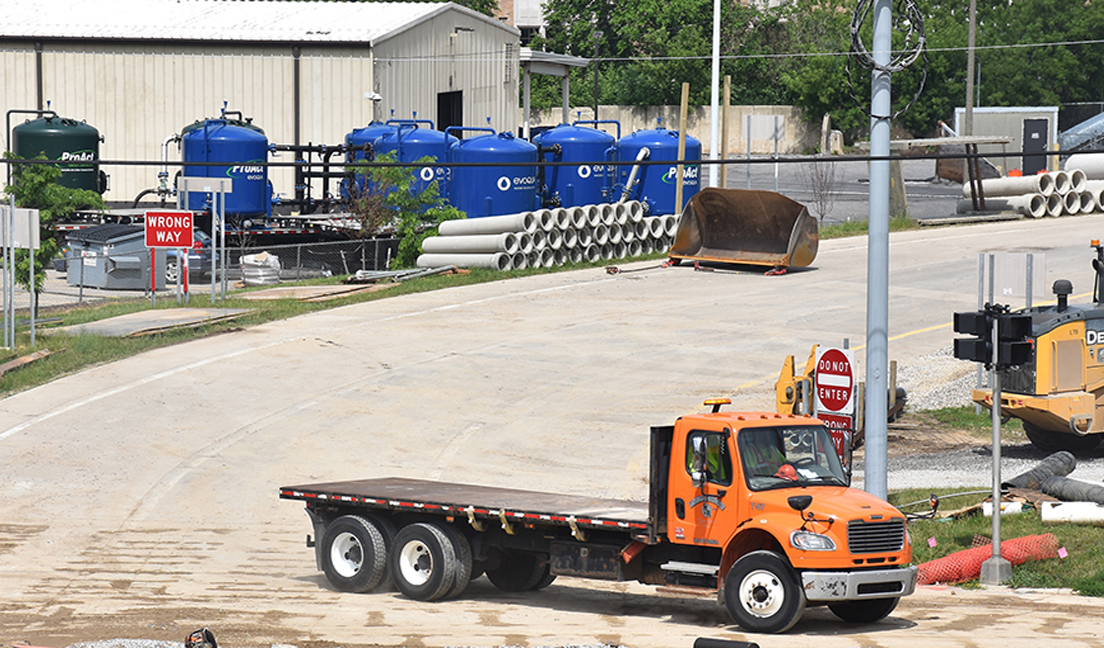 A city in west Michigan is relocating a 96” sewer main in preparation for future development in the area. The project consists of excavating surface streets to a depth of 25’ below grade. Widely varying volumes of water are seen daily. The project will be completed in several stages over a 6 to 7-month period.

Evoqua Water Technologies was contracted to provide a water treatment solution in addition to the dewatering effort already underway, and connect directly to the well head located at the construction site. The dewatering aspect of the construction project controls the level of groundwater while the treatment aspect mitigates contaminants and metals found in the groundwater.

The system provided was designed to meet 1200 gpm. Each of the media vessels is filled with a proprietary low density granular activated carbon.

The contaminants being targeted include PFAS. Among the targeted volatile organic compounds (VOCs) are benzene, toluene, xylenes, methylene chloride and others. Evoqua’s media is also removing many types of metals including arsenic, barium, cadmium, lead and others. In addition, pH is a challenge due to significant fluctuations.

The treated effluent is being discharged into the city’s sanitary sewer system.

Customer needed to mitigate a range of contaminants from construction site while working in a constricted workspace and still providing continued parking access, and traffic control.

Solution must quickly mitigate contaminants and metal found in groundwater 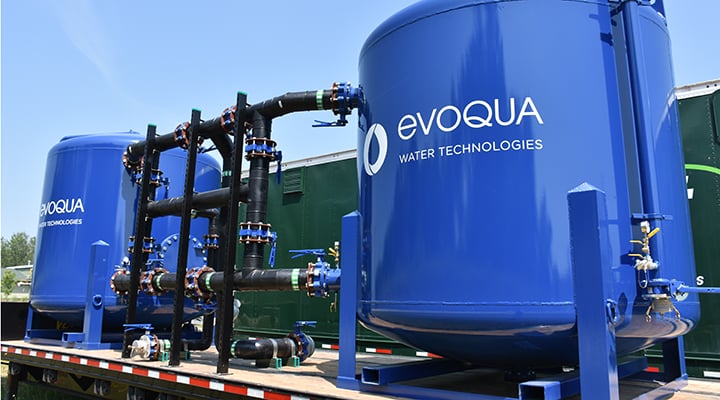 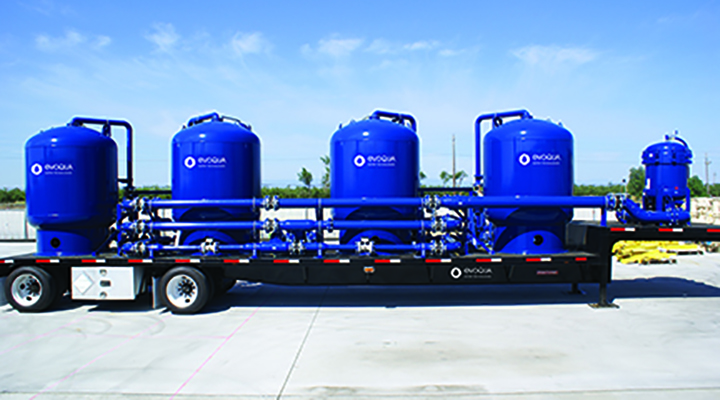 Mobile and emergency solutions to remove contaminants from liquid and vapor streams.