That’s exactly what a leading west coast bottled-water company did. One of the largest bottled water companies in the United States, they are a model of environmental consciousness and a firm believer in employee safety. As a result, they dispensed with their mixed-bed deionizers in favor of a technology that uses no regeneration chemicals.

“We had been regenerating our mixed beds with acid and caustic of considerable strength, and because we’re an ISO 14,000 facility, we needed to reduce the use of hazardous chemicals in our plant,” says the company’s plant manager. 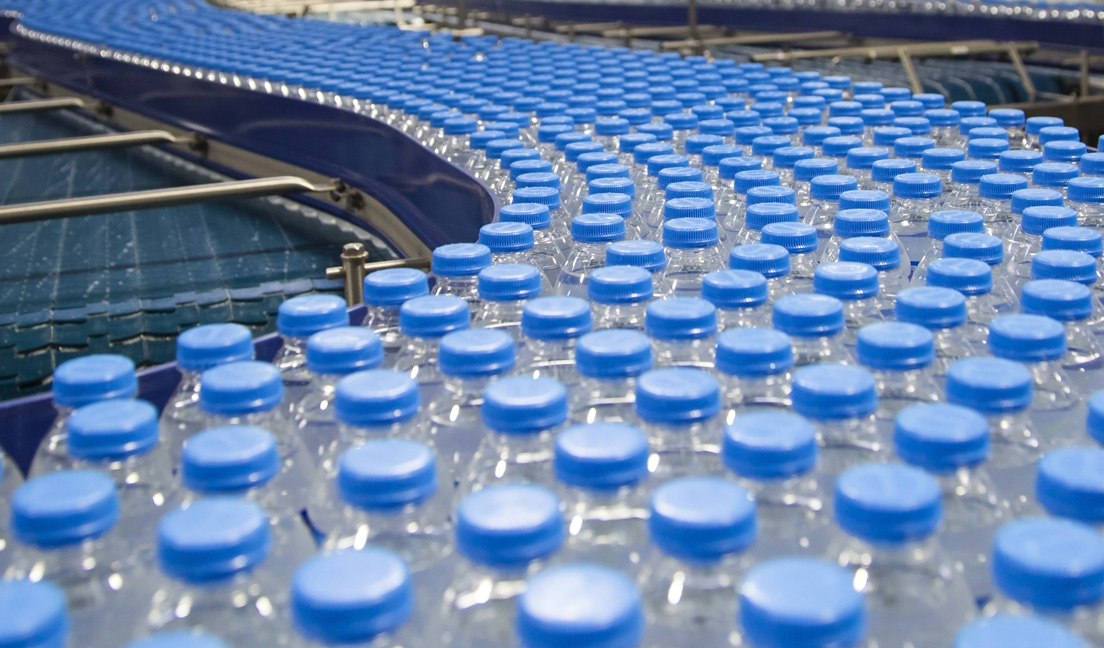 The customer chose a CDI® continuous deionization system from Evoqua Water Technologies to replace their degasification and mixed-bed equipment. The CDI system continuously produces high purity water without chemical regeneration or waste neutralization. Designed for automatic operation and easy monitoring, the CDI system is a skid-mounted system that is shipped completely engineered and ready for start-up. It features a high-flow rate and low per-gallon operating cost.

The company looked at other manufacturers’ CEDI systems but chose the Evoqua CDI system for its “high success rate” and “superior workmanship.” “Employee safety is number one. After all, our employees are the most important part of our business.”

The plant required a water system that would produce 0.5 megohm-cm (2 μmho/cm) water from well water feed. Although they considered a two-pass reverse osmosis (RO) system, they wanted deionized-quality water.

“We’re feeding the CDI System with 85-gpm of RO water. If we had used two-pass RO, we would have had to feed it 90 to 100 gpm to get the same quality we’re getting from the CDI.”

The customer decided to lease the CDI system for five years to save on capital costs. Private well water is sent to pretreatment equipment consisting of sand, carbon and cartridge filters to remove particulate and organic matter, then to a RO system. The water is then fed to the CDI system, where it is polished to 2-3 megohm-cm. Next, the water is piped to three outdoor storage tanks. The minerals removed by reverse osmosis are added back in to give the water its signature taste.

“We take a food-grade mineral formula that our taste-testers developed,” says the plant manager, “and inject it into the storage tank water.” The remineralized water is ozonated to inactivate any microbiological impurities before it goes to the bottling area.

The CDI system has met all of the customer’s expectations. Water quality is consistently 2-3 megohm-cm, well above their specification of 0.5 megohm-cm. The system’s product flow rate and pressure drop, as well as the recycle flow rate and pressure drop, have remained the same, which indicates that there has been no plugging or scaling. The system’s power consumption has also remained the same.

“Because we’re limited by the State in the amount of groundwater we can use, conserving water is extremely important. The CDI system is producing 80 gpm, with 5 gpm recycled to the well tank. So, we’re only losing about a half-gallon a minute in water to recover the 5 gpm,” says the plant manager.

The water system runs 16 to 18 hours a day, seven days a week. Since start-up a year and a half ago, the CDI system has required only one cleaning. “The Evoqua local branch did an on-site cleaning of the unit in two to three hours,” says the plant manager, “and they worked around our schedule, so we didn’t have to shut down our operation.” He adds, “We’ve been very happy with the system and the service. Evoqua has been professional right from the start, from the salespeople to the gentleman who started up the system. And, anytime I’ve called for service, they’ve come out right away.”

Two years later, the customer ordered a second CDI system that will operate in parallel with the present unit. “Our sales projections showed that we needed to double our production over the next year. And, based on our financial model, we decided it would be more cost-effective to buy, rather than lease, the second CDI system.” The customer added that the CDI technology has definitely improved his company’s bottom line by eliminating regeneration chemicals and waste neutralization and by conserving water. “We’re saving money. There’s no question about it.”

An effective water treatment technology that uses no regeneration chemicals