The treatment plant’s process begins with grit separation, and then the wastewater flows into primary settling tanks where the influent remains until the heavy solids have separated and settled to the bottom of the tank. During this time, foul odors can occur.

The plant’s primary settling tanks had been covered for many years with flat aluminum covers to control odors, but difficulty in opening the covers to access tank internals was an issue. The treatment plant needed a reliable cover solution that would address the odor concerns—without preventing workers from accessing the insides of the primary settling tanks.

Evoqua’s Geomembrane Technologies worked in consultation with the engineers responsible for the project to supply the structurally supported covers. Since the primary settling tanks are irregularly-shaped, ​Evoqua’s Geomembrane Technologies developed a number of custom-designed cover details and constructed mock-up covers to ensure a perfect fit of the final product. The cover systems are located at the end of existing flat aluminum, integrating seamlessly with the plant design.

The retractable covers include a tensioning system to seal the covers when closed, but still allow the cover to be opened for servicing the primary settling tanks. 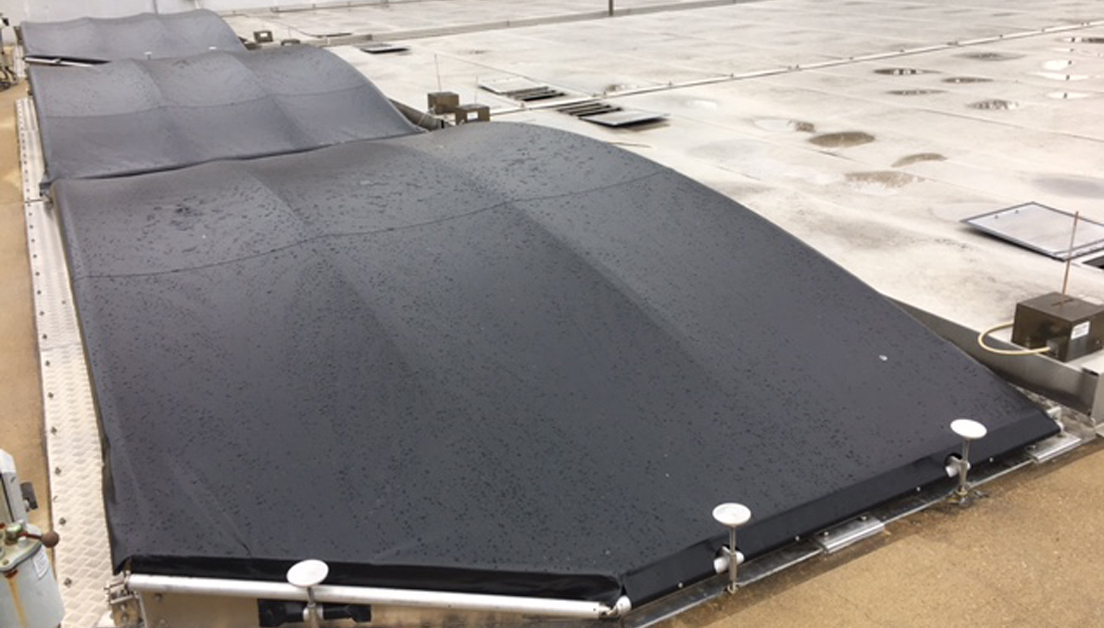 Thanks to the new structurally supported covers, the wastewater authority can continue to control odors from its wastewater treatment process while enjoying the additional benefit of quick and easy access to tank internals.

Plant workers are pleased with the covers because they do not restrict their ability to perform everyday operations such as sampling, routine maintenance, and accessing the scrum troughs so that grease and oil can be skimmed off the top of the tanks.

Custom-design, fabricate, and supply 12 structurally supported covers for the  tanks