The J.R. Simplot Company, commonly referred to as Simplot, is one of the largest privately held food and agribusiness companies. The company is headquartered in Boise, Idaho, USA, but it has operations around the globe, including Portage la Prairie, Manitoba, Canada, and Caldwell, Idaho, USA.

The two aforementioned Simplot potato processing plants were in need of new wastewater treatment systems. Simplot’s Caldwell plant needed upgrading in order to comply with environmental regulations. The company worked with various consultants and conducted studies to determine the best wastewater treatment solution. Later, when it came time for Simplot to build a new french fry plant in Portage la Prairie, wastewater treatment was again an important consideration, but it of course needed the appropriate technology.

Because of its positive experience working with ADI Systems in the past, Simplot once again selected ADI Systems’ wastewater treatment technology for two more projects:

Simplot’s Caldwell Plant
ADI Systems designed and built a 17 million gallon ADI-BVF® reactor for Simplot’s Caldwell plant. The anaerobic system treats effluent from the existing primary treatment plant and limits the suspended solids concentration to 350 mg/l. The reactor has the capacity to treat 2 mgd of primary wastewater with a chemical oxygen demand (COD) of 3,000 mg/l. This project was fast tracked so that it could be constructed before winter arrived.

Simplot’s Portage la Prairie Plant
ADI Systems designed and built a low-rate anaerobic BVF® reactor and aeration tank for Simplot’s Portage la Prairie plant. After fine screening to remove the skins and rejected potato material, the process wastewater is treated in a low-rate anaerobic reactor. The mud, or silt, is removed in a separate mud clarifier. The oily water stream is subjected to cooking oil removal prior to joining the mainstream process on its way to the anaerobic BVF reactor.

Biogas generated from anaerobic treatment at the Portage la Prairie plant is collected and burnt in its process boiler, helping to displace natural gas and cut operating expenses.

The anaerobic effluent is sweetened by oxidization of sulphides in an aeration tank equipped with subsurface aeration equipment. Sweetened effluent is then pumped through a 10 km (6 mile) force main to the city’s secondary plant for polishing prior to discharging effluent into the Assiniboine River. Some treated wastewater and stabilized anaerobic sludge is used to irrigate and fertilize agricultural land, helping nearby farmers. 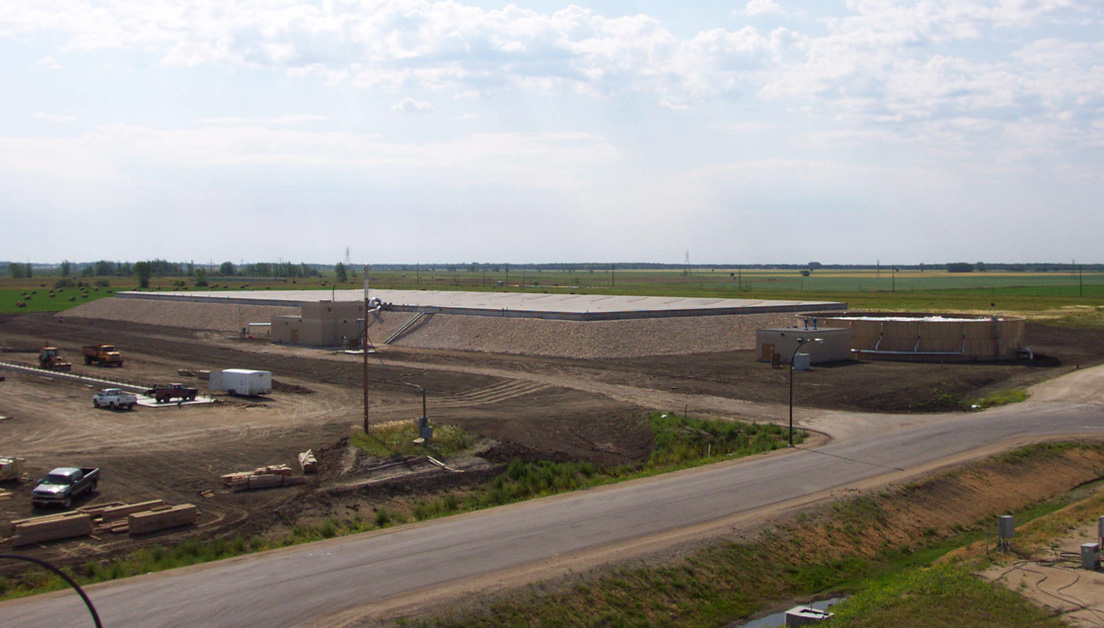 The BVF reactors that were installed by ADI Systems at both the Portage la Prairie plant and the Caldwell plant achieve approximately 86 percent COD removal rates. This allows Simplot to remain compliant with strict environmental regulations, and continue its commitment to natural resource protection. Because both reactors are covered with a gastight cover, the operations are essentially odor free.

Plants were in need of new wastewater treatment systems