Shearer’s Foods, LLC is a manufacturer of snack products, including potato chips, tortillas, rice crisps, and cheese curls/puffs, which are enjoyed worldwide.

Shearer’s Foods is committed to protecting the environment. It has made operational changes to do more with less—less water, less energy, less waste. Its production facilities are state-of-the-art, featuring modern equipment, processes, and systems. The company expected no less when it came to selecting a wastewater treatment solution.

Potato and corn processing wastewater can be challenging to treat because it contains high organic loads, high loads of silt and sand, peeling residues, and swelled starch. This, combined with an anticipated production plant expansion and the variability in the wastewater’s daily load, meant that Shearer’s Foods needed a treatment system that could reliably handle degradable total suspended solids (TSS) and biochemical oxygen demand (BOD) concentrations ranging from 3,000 to 5,000 mg/l.

ADI Systems was selected by Shearer’s Foods to provide a wastewater treatment system at its production facility in Massillon, Ohio, USA, that met its high standards for snack food processing.

The design/build contract provided Shearer’s Foods with a complete treatment solution, a single point of contact and responsibility, and consistency in design and construction quality throughout the entire project. The wastewater treatment system included an influent sump, a free-oil skimmer, an equalization tank, ADI Systems’ proprietary low-rate anaerobic ADI-BVF® reactor, and an effluent sump.

When it came time for a wastewater treatment plant expansion, ADI Systems was selected by Shearer’s Foods again. A second anaerobic digester and an aeration tank were installed as part of that project. 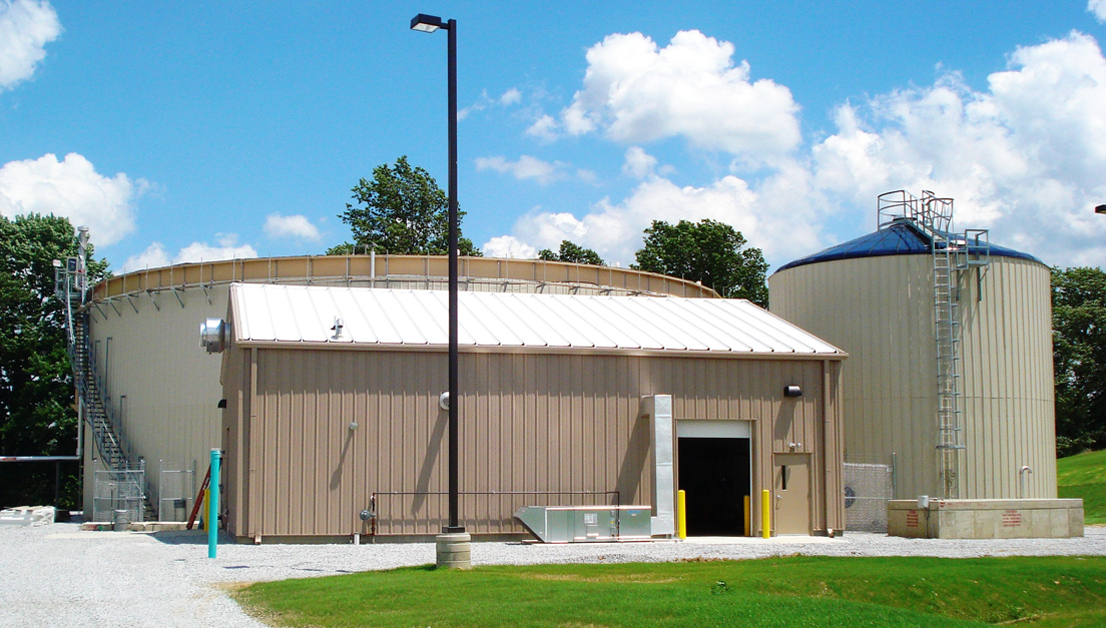 The BVF® system consistently produces an effluent with less than 300 mg/l BOD, which means that an impressive +90% of BOD is removed from Shearer’s Foods’ wastewater. Once the reactors matured, the system became self-sufficient in both macro- and micronutrients, meaning it did not require the addition of any chemicals on a regular basis.

Biogas generated from the BVF reactors is collected and flared at the wastewater treatment plant. Options for leveraging the energy that could be recovered from the biogas for its economic and environmental benefits are being explored as part of Shearer’s Foods’ comprehensive Energy Management Program.

ADI Systems is proud to be part of Shearer’s Foods’ Massillon manufacturing facility, which was awarded LEED (Leadership in Energy and Environmental Design) Platinum Certification by the United States Green Building Council. This is the first snack food manufacturing plant in the world to achieve this rating.