The Remington Water Pollution Control Facility needed a liner replacement for one of its basins because the existing liner was old and damaged. The facility had made arrangements for a liner replacement, but the contractor unexpectedly backed out of the agreement to install the liner before the end of the year. This put the town in a predicament because its facility was only running on one basin, which was only supposed to be a standby. Any large amount of rain would cause major issues. They needed the liner replaced sooner than later.​​ 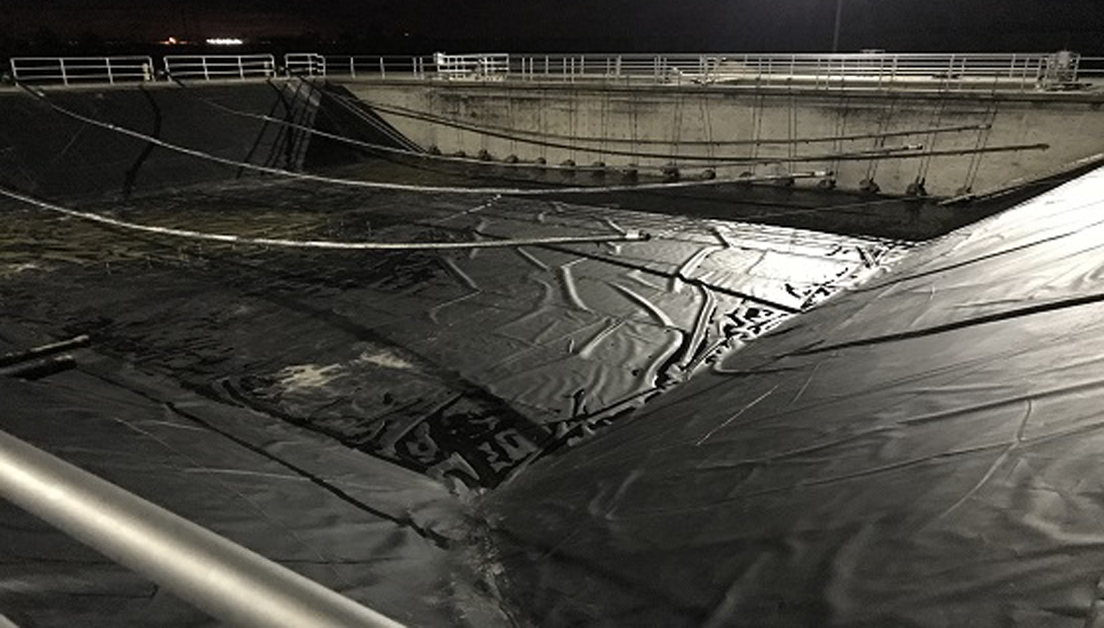 Facility needed a basin liner replacement as the existing one was old and damaged. Original contractor backed out, putting facility in a bind. Replacement cover was needed stat.