Evoqua Ensures that Potential Bacteria is Eliminated Before Water Reuse

Norfolk Southern has a history of nearly two centuries of service that has linked communities and customers to the marketplace of the world. The railway company operates approximately 20,000 miles of rails and serves every major container port in the eastern United States while providing connections to other rail carriers.

Norfolk Southern’s Lamberts Point Coal terminal is a coal transload facility located on the Elizabeth River in Norfolk, Virginia. The heart of the terminal is Pier 6, where oceangoing colliers are loaded with metallurgical and steam coal used to produce steel and electricity worldwide. Twin tandem rotary dumpers feed the ship loaders for a combined dumping capacity of up to 8,000 tons per hour. The versatility offered at Pier 6 allows the loading of vessels that range in size from small coastwise barges to large capsize vessels.

In an effort to continue the model of sustainability and to continue the commitment of environmental stewardship, Norfolk Southern wanted to reuse the water from a stormwater pond to wash down coal cars as they are being loaded for the purpose to control dust. Before reusing the stormwater, Norfolk Southern wanted to ensure that potential bacteria in the pond water, such as Enterococci, E. Coli, and Fecal Coliform, would be removed.

After consideration of a variety of processes, ETS-UV SW systems were selected because of the proven ability to disinfect wastewater.

Two SW-425-6 systems were selected for this project. The two units arranged in parallel are preceded by a GAC system that removes the coal fines and other larger contaminants prior to UV disinfection. The UV disinfected water is then pumped and used for the wash-down of the cars. 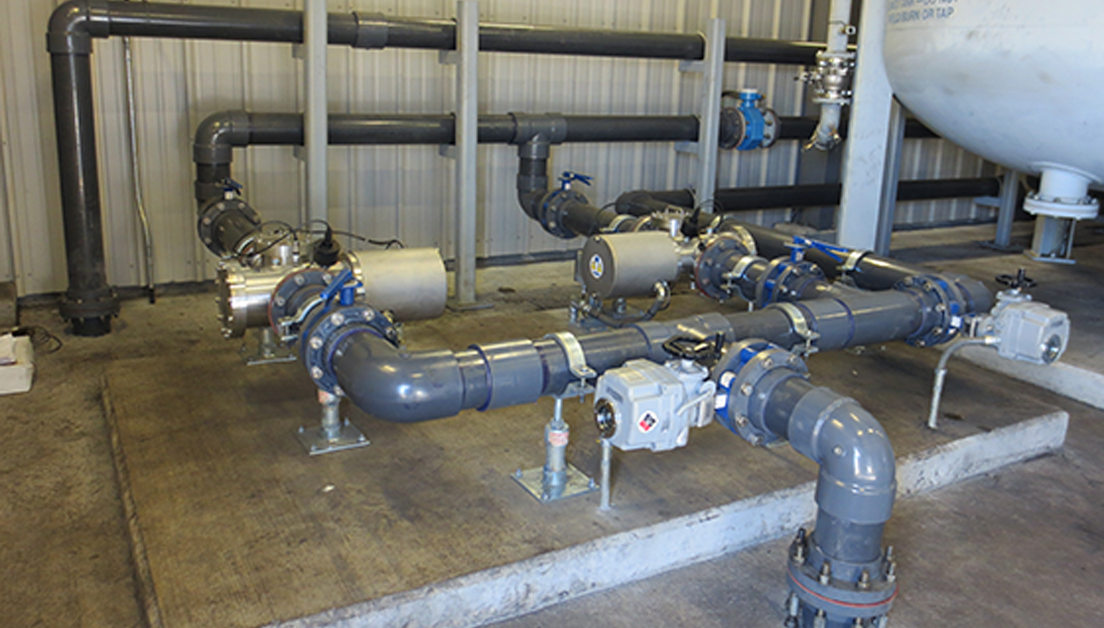 The project has enhanced health of the river’s ecosystem by reducing stormwater runoff and by conserving water. The recycling of this system has reduced its use of municipal water by approximately 1.5 million gallons per month.