The City of Kamloops is located in the interior of British Columbia, Canada’s westernmost province. Situated along the scenic Thompson River, the city’s wastewater treatment facility currently serves a population of over 80,000 people and treats a daily flow of 40,000 m³ (10 mgd), a number which would soon increase to 60,000 m³ (16 mgd).

As part of Kamloops’ Liquid Waste Management Plan, the city was seeking opportunities to use its wastewater as a resource, rather than treat it solely as waste. One method was to capture methane gas (biogas) produced from the anaerobic treatment of wastewater and use it to generate power. Covering and insulating the 5 acre (2 hectare) anaerobic lagoon would be a key part of an overall plant upgrade which includes lagoon restructuring, new pipelines, and aeration cells.

The gas handling system uses a blower and automatic control system to withdraw the biogas from under the cover. Currently the biogas is flared off, eliminating odors and decreasing its potency as a greenhouse gas. The city has future plans to recover the energy of the biogas using a turbine or generator. 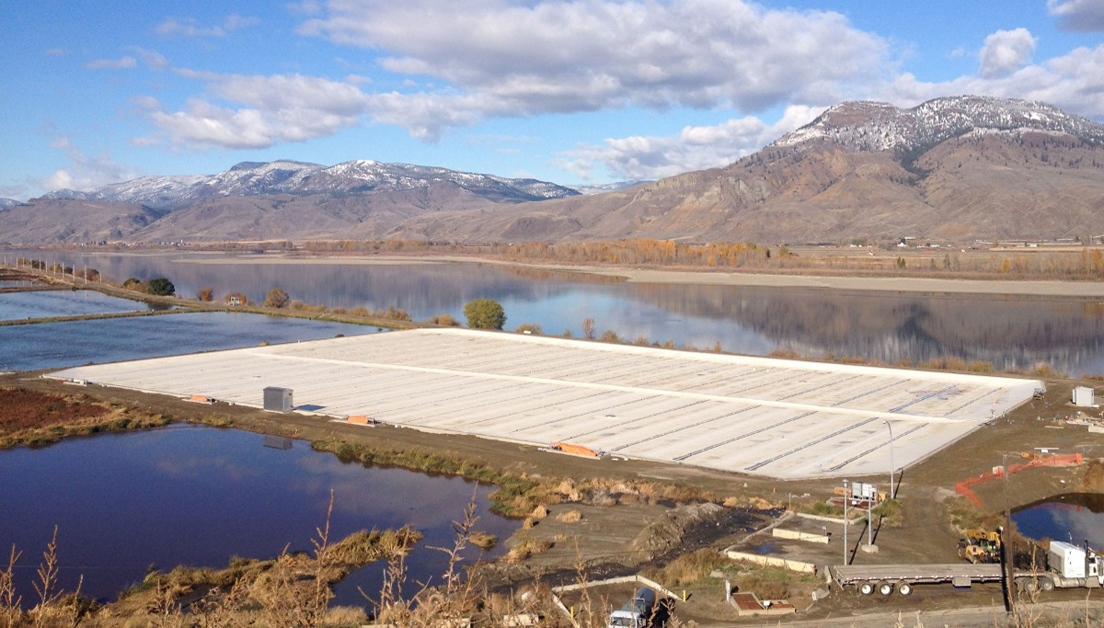 The City of Kamloops can now benefit from its collection of liquid waste. Previously wasted methane gas is now being captured for future energy recovery, reducing odors, and preventing harmful greenhouse gas from being released into the atmosphere.

Evoqua’s Geomembrane Technologies is proud to help the city be proactive in its environmental protection and energy recovery efforts with the goal of keeping Kamloops beautiful.

To use wastewater as a resource, rather than treat it solely as waste

Capture wasted methane gas to be used for future energy recovery, reduce odors and prevent harmful greenhouse gas from being released into atmosphere