Dŵr Cymru Welsh Water’s Hirwaun water treatment works is a small works (5Ml/d) which treats raw water from the Penderyn upland reservoir. Treatment is by coagulation with ferric sulphate and lime, flocculation and clarification by DAF. The clarified water is dosed with lime and this is followed by first stage filtration in four rapid gravity filters, intermediate electrochlorination and orthophosphoric acid dosing, and second stage filtration in four pressure filters. Final disinfection is by electrochlorination. The original electrochlorination plant was an Evoqua OSEC® packaged unit installed over twenty years ago and had reached the end of its asset life. 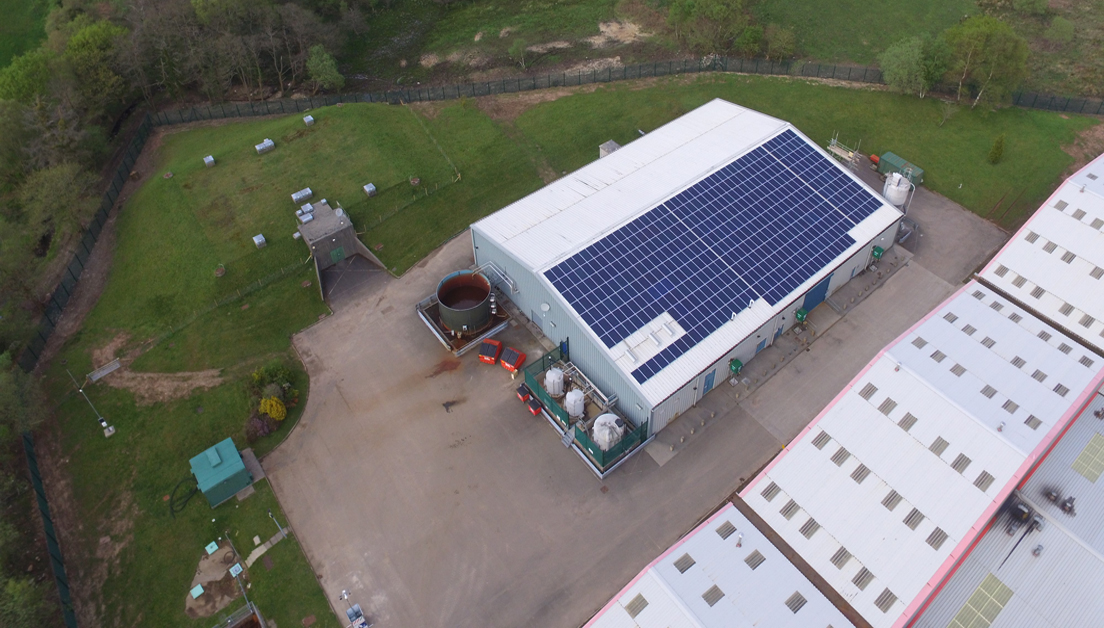 Ian Murphy Capital Liaison Manager at Dŵr Cymru Welsh Water led the project team investigating replacement of the OSEC unit and considered alternatives including chlorine gas, sodium hypochlorite and electrochlorination. Chlorine gas was ruled out due to the need for considerable civil works to extend the building to provide separate drum or cylinder storage. Also there was the difficulty of a supply chain for the relatively small quantities of chlorine gas required.

Another factor in the decision-making process was transport. Hirwaun is a remote site with poor road access. Bringing in chlorine gas by truck would introduce a potential hazard to the local rural community which Dŵr Cymru Welsh Water felt was unacceptable. Sodium hypochlorite was also considered but a small works like Hirwaun uses relatively small quantities of hypochlorite. Even if delivered in IBCs, the storage times for the chemical would be long resulting in degradation in strength before it was all used. And, again, there would be the issue of road tanker or large truck traffic and the logistical risk of reliance on a sole chemical supplier. The team turned to Evoqua Water Technologies.

Electrochlorination generates sodium hypochlorite on-site by electrolysing a solution of common salt (brine). The resulting solution contains 0.8% sodium hypochlorite and can be dosed directly into the water. This means that the disinfectant solution is prepared as it is needed with no long storage periods. It is also much less hazardous than the 15% commercial solution. The only chemical required on site is salt (sodium chloride) which is non-hazardous and can be conveniently purchased in 25kg bags, delivered by a small van and easily stored on site. It is also widely available from many suppliers, which means security of supply.

Electrochlorination technology has advanced in the last twenty years, and Evoqua’s offer was for an OSEC® B-Pak 65 EU producing up to 1.25kg/h of chlorine equivalent at a salt consumption of only about 3 kg of salt per kg of chlorine equivalent. The small footprint (1690 x 750 x 1820mm height), skid mounted package fitted comfortably into the space occupied by the original OSEC unit so there were no additional civil and construction costs nor outside contractors to manage.

In addition to the electrolysis cell and associated transformer/rectifier to provide the direct current for the process (730A maximum at 7V), the skid-mounted package includes a duplex water softener to prevent scaling in the cell, and an IP54 control panel with PLC controller capable of interfacing with the works SCADA system. An air blower provides a positive draught of air to the hypochlorite tank and this dilutes the hydrogen which is produced as a by-product of the electrolysis, safely below its lower explosive limit (LEL) and vents it to atmosphere.

Ian Murphy at Dŵr Cymru Welsh Water and the site operators are pleased with the result. The technology is much more efficient in comparison to the old plant.

The original equipment had reached the end of its useful life and needed replacement. The plant was in a remote area with poor road access.

OSEC® B-Pak 65 EU system capable of producing up to 1.25kg/h of chlorine equivalent at a salt consumption of only about 3 kg of salt per kg of chlorine