ADI-BVF® reactors help MRSA save energy, costs, and the environment.

Settled in 1771 and incorporated into a borough in 1817, Milton is home to approximately 7,000 people in Northumberland County, Pennsylvania, USA. The municipally-owned Milton Regional Sewer Authority (MRSA) serves many residential customers, but a large portion of the MRSA’s wastewater treatment plant's influent comes from the manufacturing facilities of ConAgra Foods, the food giant that produces Chef Boyardee, Healthy Choice, Andy Capp, LaChoy, and Gulden’s Mustard products. 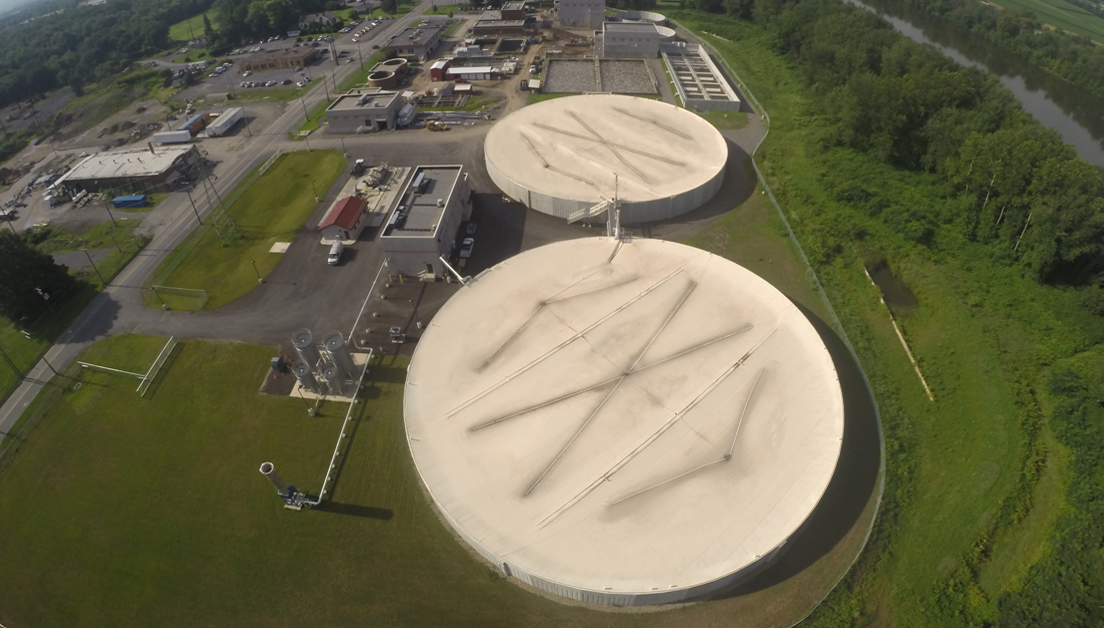 Consumer demand had caused ConAgra Foods to increase its production, which led to organic overload in the aeration tanks at MRSA’s wastewater treatment plant. Moreover, because of the anticipated removal of ConAgra’s settling processes, the strength of ConAgra’s wastewater was expected to increase by as much as 30%.

The MRSA required a cost-effective wastewater treatment solution to meet effluent limitations and help combat high sludge disposal charges and rising energy costs. Plant operators knew that anaerobic pretreatment could reduce the load on their aeration tanks, as well as provide a renewable energy source in the form of biogas.

The BVF reactors remove roughly 90% of the organic load from ConAgra’s wastewater. In addition to this wastewater, the reactors can also receive septage and other hauled wastes; a trucked-in waste receiving station was also built as part of the Ww2E project. The plant upgrade provides ample capacity for any future expansion at ConAgra’s manufacturing facility. It was also designed to accommodate discussion of supporting a high-strength wastewater discharge industrial park with the intent of attracting other industries to the area.

The MRSA’s choice to incorporate ADI Systems’ technology as part of its wastewater treatment plant upgrade has resulted in significant operational and maintenance savings—most notably in running the aeration blowers downstream of the BVF reactors.

As a by-product of the anaerobic reaction, the BVF reactors create valuable biogas containing approximately 75% methane. This biogas will be burned in two 1,000 kW gas engines to generate electricity. The electricity will help power the wastewater treatment process, helping the MRSA eliminate hundreds of thousands of dollars in annual electricity costs, while generating revenue potential by selling excess electricity to the local utility. Exhaust heat will also be captured and used to dry the remaining biosolids. The biosolids will be either sold as a soil amendment/fertilizer, or used as a renewable fuel at a nearby cogeneration plant.

ADI Systems’ wastewater treatment technology is helping the MRSA save energy, costs, and the environment. Thanks to the creation of on-site green energy, the MRSA has reduced its reliance on fossil fuels, as well as carbon dioxide emissions. Compared to aerobic wastewater treatment, the low-rate BVF reactors produce approximately 90% less sludge. This, in combination with the biosolids drying, has drastically lowered sludge disposal costs and saved valuable landfill space.

*All trademarks are those of their respective owners.