The outdoor aquatic facility Fuldatal in Germany has been a popular destination for more than 40 years. In addition to a lap pool and wading pool, the facility has a diving and a baby pool as well as an enclosed area that features a lazy river. The facility is open daily from May through September and is the perfect aquatic venue for the whole family during the summer months. Although well-liked by its patrons the facility was not a profitable venture in recent years and some cost cutting measures needed to be put in place.

Institute a cost cutting measures to ensure the operation of the facility is as economical as possible. An element of this plan included investment in new measurement and control systems and variable frequency drives for the four circulation pump motors used in the facility. 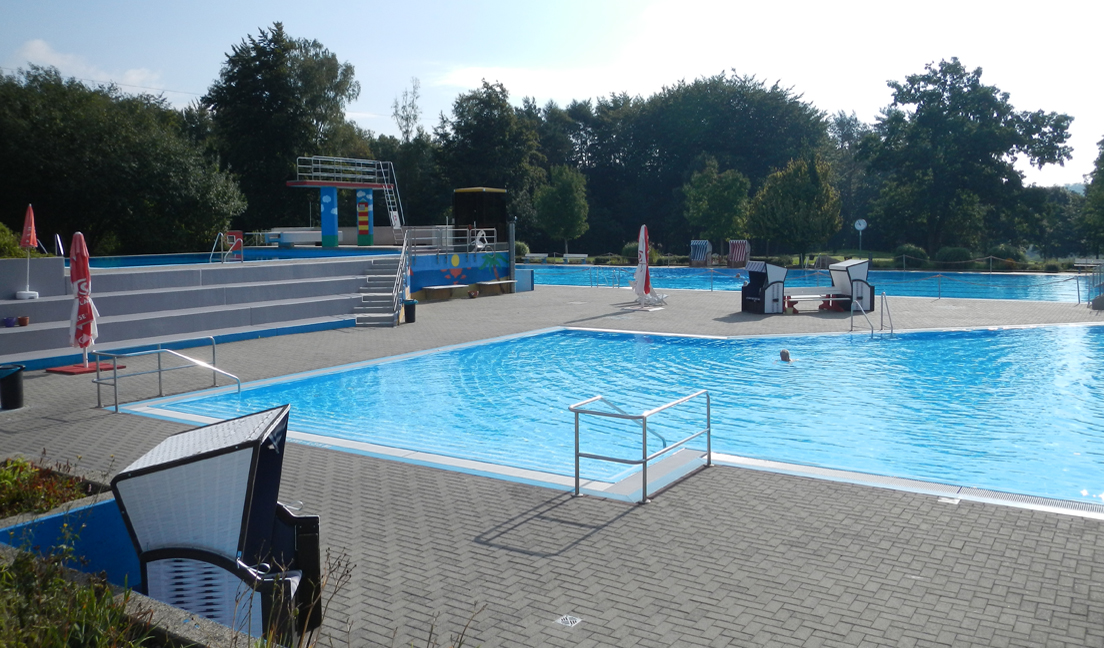 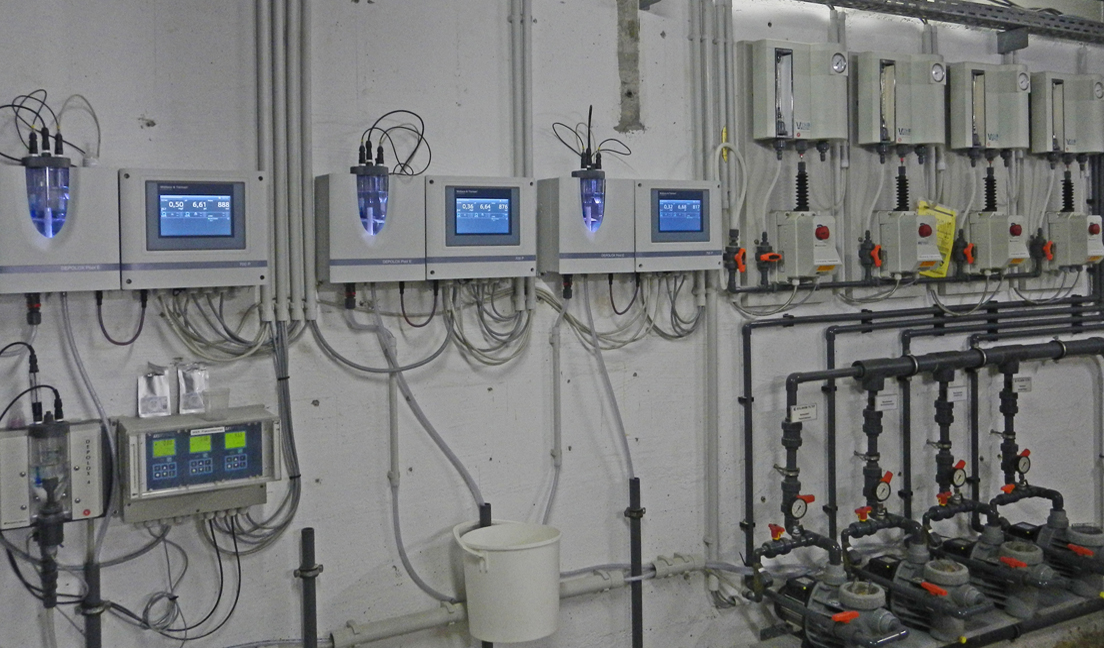 Wallace & Tiernan® specialists have been assisting the pool operators and community officers by supporting the installed gas feed systems for many years. The existing relationship certainly made the purchase and subsequent installation of the new variable frequency drives and new pool management system proceed smoothly.

After the first pool season the responsible pool operator Oliver Schmidt is well satisfied with the operation of the new systems and is convinced that the facility upgrades were indeed a good investment. The special feature of the DEPOLOX® Pool E 700 P Pool Management System is that the circulation rate is reduced while the water quality is being observed. Only if the measured parameters are within preset limits does the controller allow operation in Economic mode which translates to operation at lower a circulation rate and adjusted water quality parameter set points. This in turn ensures that disinfection control continues to be consistent.

In addition to the energy and chemical savings, the Pool Management System provides a number of other advantages: The operation of the pool management system is made easy with a clear and concise menu structure. The illuminated flow cell can be programmed to change color to indicate whether errors or faults are pending. The controller has additional features such as an automated super chlorination function that simplifies this task for the operator. The super chlorination function is freely programmable and can be activated automatically five times a week.

With the use of the variable frequency drives on the circulation pump motors the power consumption of the circulation pumps is now 6 to 7 kilowatt-hours as compared to the usage of 15 kWh prior to the pump upgrade. The new Pool Management System operates with a proprietary CEDOX control algorithm which can result in a lower consumption of chemicals. While bather attendance increased by 30 percent in the current pool season, which would historically lead to higher chemical usages,  8 less chlorine gas cylinders were used than in the previous year (3400 pounds of chlorine gas as compared to 4500 pounds in the previous year – a 25% reduction). Less chlorine gas usage resulted in less pH correction chemical usage: Instead of 88 canisters of bicarbonate used, the pool operators required only 52 canisters a year later.

In short, the latest technology investment pays for itself within a very short time. The payback period is typically less than one year.

Clean Water Keeps Guests Coming Back to this Wave Pool