With the introduction of the EPA's Stage 2 Disinfectants and Disinfectants Byproducts Rule (Stage 2 DBPR), regulations became more stringent for Trihalomethanes (THM) and Haloacetic Acids (HAA). Strict water conservation in the reservoirs created a high potential for producing DBPs (disinfection byproducts) with the current method of chlorine disinfection due to high levels of total organic carbon in the raw water entering the plant. The plant needed to find a more effective solution to control DBPs in compliance with the new rule.

Chlorine dioxide (ClO2) was selected as the most effective solution based on its ability to provide pre-oxidation and disinfection, while preventing the formation of THMs and HAAs. 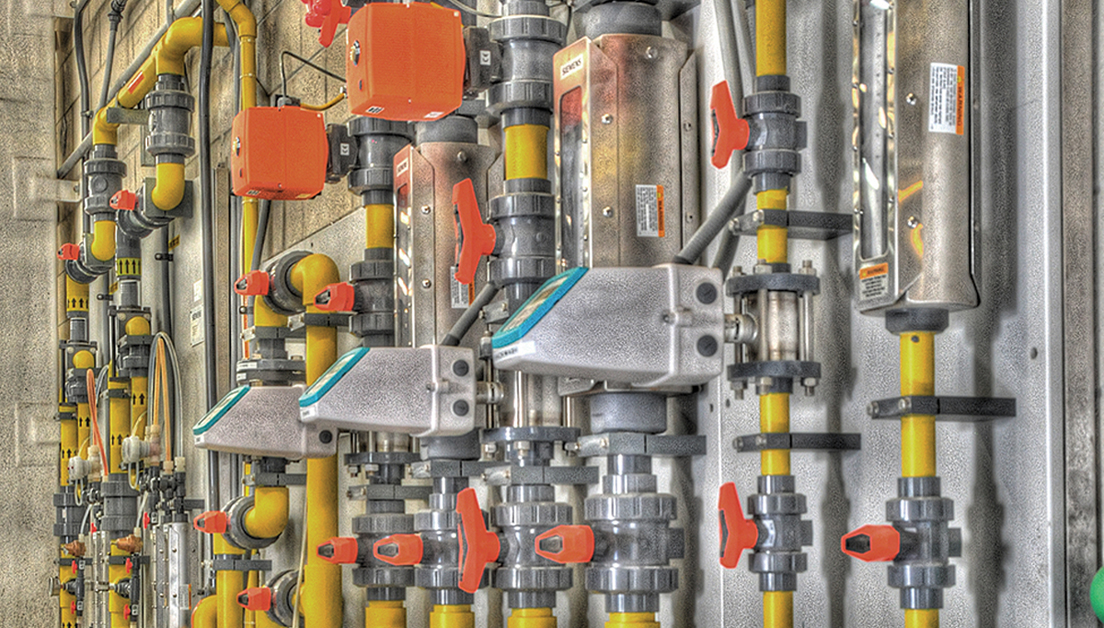 Chlorine dioxide is applied at the front end to raw water as it leaves the reservoir tower outlet, and ClO2 levels are continuously monitored to provide a 1.2 log disinfect rate, which is approximately twice that required by regulation.

Since the adoption of chlorine dioxide, the Otay Water Treatment Plant has reduced THM levels by more than half.