Preserving Paradise: How a Utility in Key West is Maximizing Water Reuse

Key West is one of America’s most scenic locales. Situated in the Florida Keys southwest of Miami, it is visited by millions of people each year and is home to more than 30,000 year-round residents. While there’s plenty of ocean, potable water is a precious commodity which is piped 125 miles from the mainland. Restrictions are not uncommon during drought season so every drop counts, and reuse is a key part of the island’s conservation strategy.

Water scarcity poses unique challenges to KW Resort Utilities Corp. (KWRU) the utility firm that provides wastewater management, wastewater recovery, and wastewater treatment in the region. KWRU began operation in the late 1960s and has worked hard over the decades to keep up with wastewater needs as population and tourism have boomed, spurred by land reclamation and development.

In 1983, KWRU began a relationship with Evoqua Water Technologies, which provided a 250,000-gallon-per-day (GPD) Davco™ field-erected extended aeration treatment plant. Evoqua was chosen because their field-erected tanks can be set up quickly and adapted easily to meet changing needs — a good fit with KWRU’s step-by-step strategy for managing growth. “The advantage is that you’re able to incrementally increase the size of your plant with the growth of your community,” says KWRU president Chris Johnson, “and still you’re able to maintain an operational environment that’s familiar and uniform.” By 1995, outgrowing the capacity of the initial plant, KWRU added a Davco field-erected treatment plant. By the late 2000s, the utility was not only outgrowing capacity again, but also facing a new challenge with tighter treatment limits of 5 ppm suspended solids, 5 ppm BOD, 3 ppm nitrogen, and 1 ppm phosphorous.

To meet this challenge, KWRU added a 56,000 GPD standalone clarifier in 2007 which facilitated the conversion of the entire plant operation to a three-stage Biological Nutrient Removal (BNR) process.  The overhaul was completed ahead of the adoption of the new standards, however by the middle of the 2010s, the facility once again needed more capacity. “We were starting to exceed 90% of capacity,” says Johnson. To address this issue, KWRU expanded the treatment capacity of the existing Davco Field-Erected Biological Treatment system to 849,000 GPD by adding a new three-stage 350,000 GPD plant to augment the existing plant capacity of 499,000 GPD.

The DAVCO™ Field-Erected Treatment Plant was selected because their ability to be constructed quickly and adapted easily to meet changing needs — a good fit with KWRU’s strategy for managing growth. 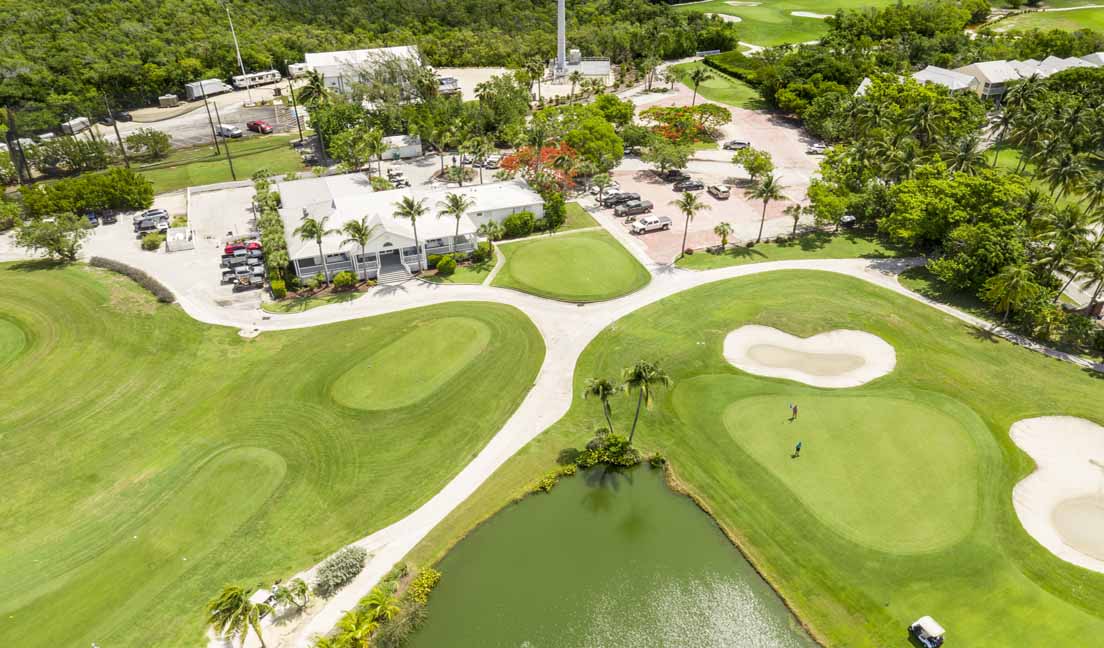 Rather than disposing of the treated water, the Utility sells the water for irrigation and other uses to organizations like the local golf course, county jail facility, elementary school, and a municipal park.

Critical to the success of this ongoing growth has been KWRU’s ability to produce water for reuse. The Florida Keys and surrounding waters have been declared a National Marine Sanctuary, and KWRU is committed to being a steward of the fragile Florida Keys environment. Through the Davco field-erected treatment system, KWRU is demonstrating this commitment by leading Monroe County in reuse water production by a wide margin. KWRU daily production of 120,000 gallons is nearly equal to that of all other producers added together. KWRU is reducing the burden on the potable water supply at an annual rate of 43.8 million gallons. This is especially significant during droughts, when the potable supply is restricted throughout the Keys by the Water Management District.

Producing reuse water is not only environmentally friendly but it also helps the utility’s customers financially. Rather than disposing of the treated water via a well for zero benefit, the Utility sells the water for irrigation and other uses to organizations like the local golf course, county jail facility, elementary school, and a municipal park. This benefits all of the Utility’s customers, as the State of Florida considers income from reuse water when it sets the Utility’s rates, effectively reducing rates for consumers.

With the latest expansion project complete, KWRU meets the daily wastewater treatment needs of Key West businesses and residents, along with the tourist surge. At the same time, KWRU produces nearly as much reuse water (43.8 million gallon per year as all other sources combined, selling it to nearby institutions for irrigation use and reducing water costs to ratepayers.

Turnkey wastewater treatment solutions in months instead of years.