Built in 1960, the Georgetown WWTP was originally located in a remote area. However, in the mid-1990s, houses were developed less than 100 meters from the plant’s property line. Though consultants were hired to conduct dispersion modeling and analyze weather patterns to determine if odors would impact the homes closest to the plant, it didn’t take long before new residents complained about odors.

Although plant management introduced several odor control technologies, including oxidizers, vaporizers, misters, ozone, and carbon systems, odor objections continued. The plant wanted to be a good neighbor, so it focused on its grit tanks, which were identified as a significant source of odors.

WWTP staff began investigating different cover options. The tanks have a screw conveyor at the bottom that occasionally must be serviced, so access to tank internals was an important consideration when selecting the cover system.

Evoqua’s Geomembrane Technologies was selected to design and fabricate two structurally supported covers for the Georgetown WWTP’s two 2.5 m x 10 m (8 ft x 33 ft) grit tanks. The retractable covers consist of a high-strength, UV-protected, coated fabric tensioned over a low-profile aluminum arched frame that spans the tank opening. Foul air from below the covers and inside the grit building is withdrawn and treated in a carbon system.

The covers were custom designed to meet specific plant requirements, including: spanning the long dimension of the tanks to allow easier removal of the screw conveyors; the addition of inspection hatches; and accommodation of penetrations for valves, gates, drains, and aeration pipes. 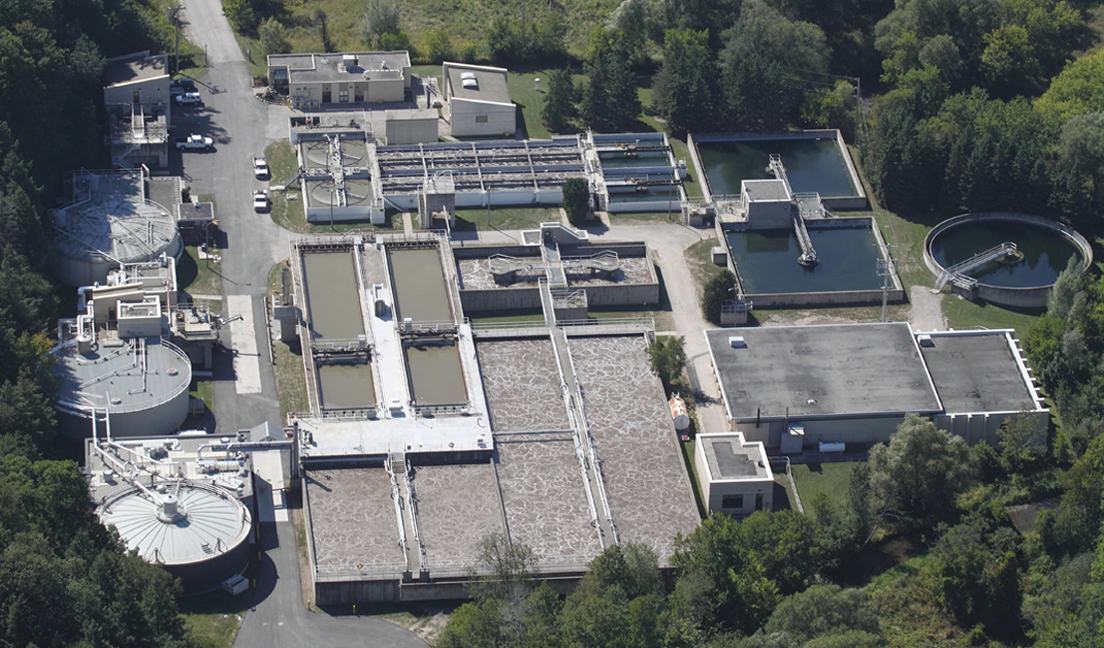 The covers​ have helped minimize odors as intended. Odor from wastewater treatment is reliably contained within the tanks so that it can be removed and treated, helping to reduce complaints and maintain a positive perception of the plant in the community. Since Evoqua’s Geomembrane Technologies™​ brand covers are more airtight than other cover options, the duct and blower sizes could be reduced, saving both capital and operating costs.

As an additional benefit to the WWTP, ​the Evoqua Geomembrane Technologies™ brand removable guardrail system provides the safety of a guardrail without monopolizing space on the walkways. This is because a significant portion of the guardrail is mounted in sockets located inside the cover. Those who work at the plant can still perform their regular duties and access the tanks’ internals by simply retracting the covers.

Address odor control issues coming from the the grit tanks