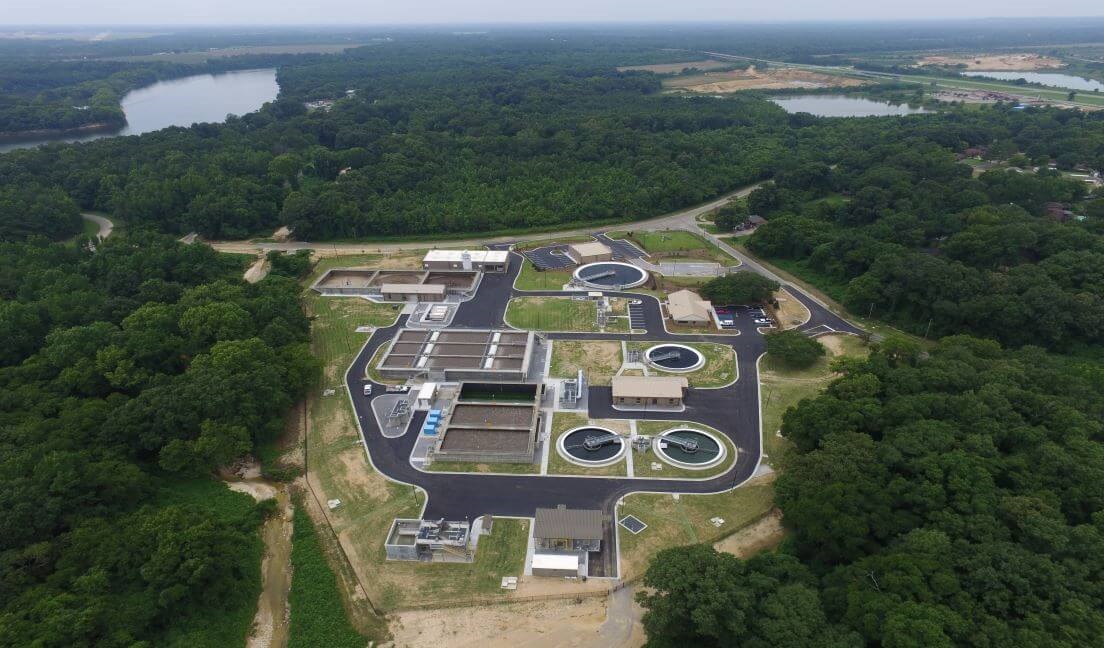 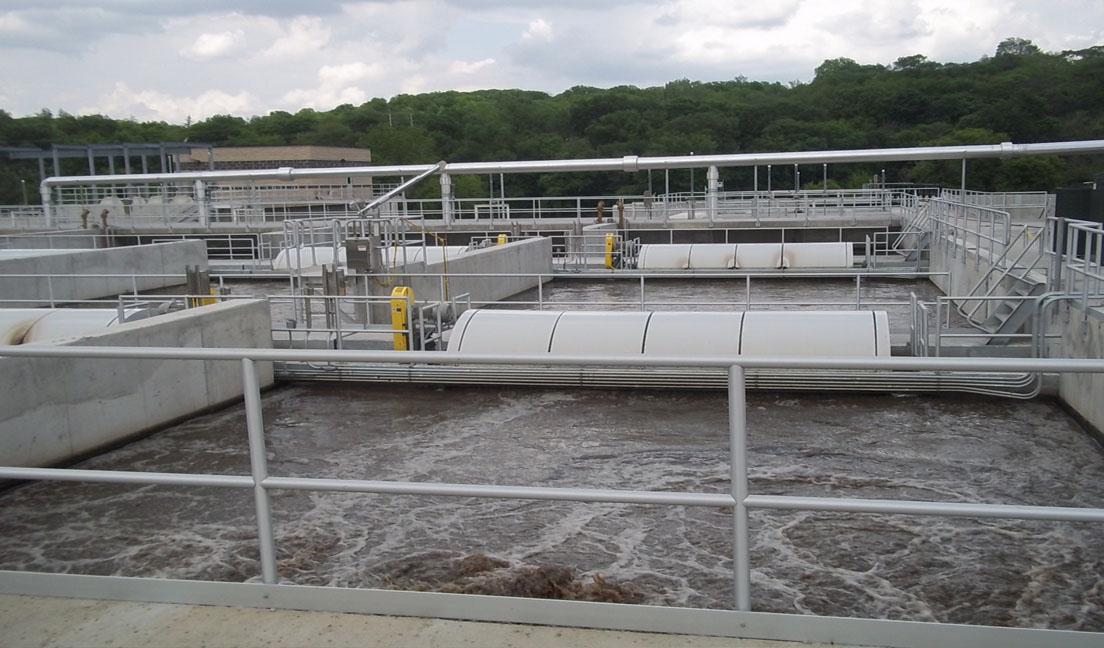 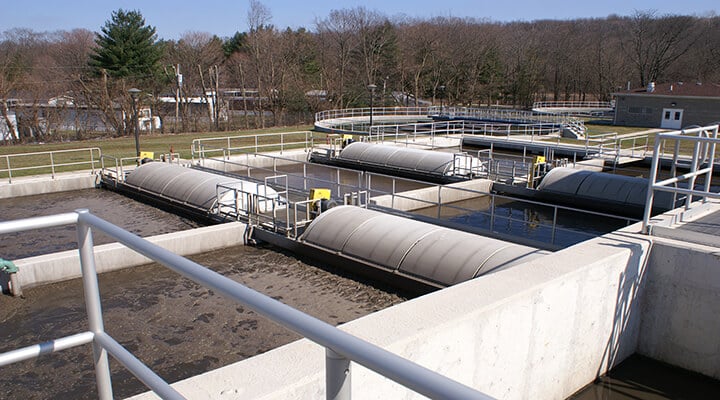 VLR® Systems provide simultaneous nitrification / denitrification in a smaller footprint. The systems utilize looped reactors in series that allows DO stratification. The tanks are similar to oxidation ditches that have been flipped on their sides. There is an upper and lower compartment, separated by a horizontal baffle. The process was adapted from Orbal® Multichannel Oxidation Ditch technology and uses the same surface mounted discs to provide mixing and deliver oxygen. Power costs of the VLR system process are 20 to 30% lower than other conventional BNR processes. Typically, two or more basins make up the system, with the first tank operating as an aerated anoxic reactor.