Adirondack Beverages located in Scotia, New York is a manufacturer of carbonated soft drinks, non-carbonated beverages and bottled water. Adirondack has state-of-the-art bottling, warehousing and distribution system plants located in Scotia, New York and Worcester, Massachusetts. Together they have over 1,000,000 square feet of bottling/warehousing space available to serve the Northeastern United States.

Adirondack’s water source is an aquifer that was created thousands of years ago. Ice glaciers shape the huge underground reservoirs that hold and protect this naturally pure, cold (54°F) crystalline clear water. Adirondack produces one of the few beverages you can buy that is not made with municipal water. 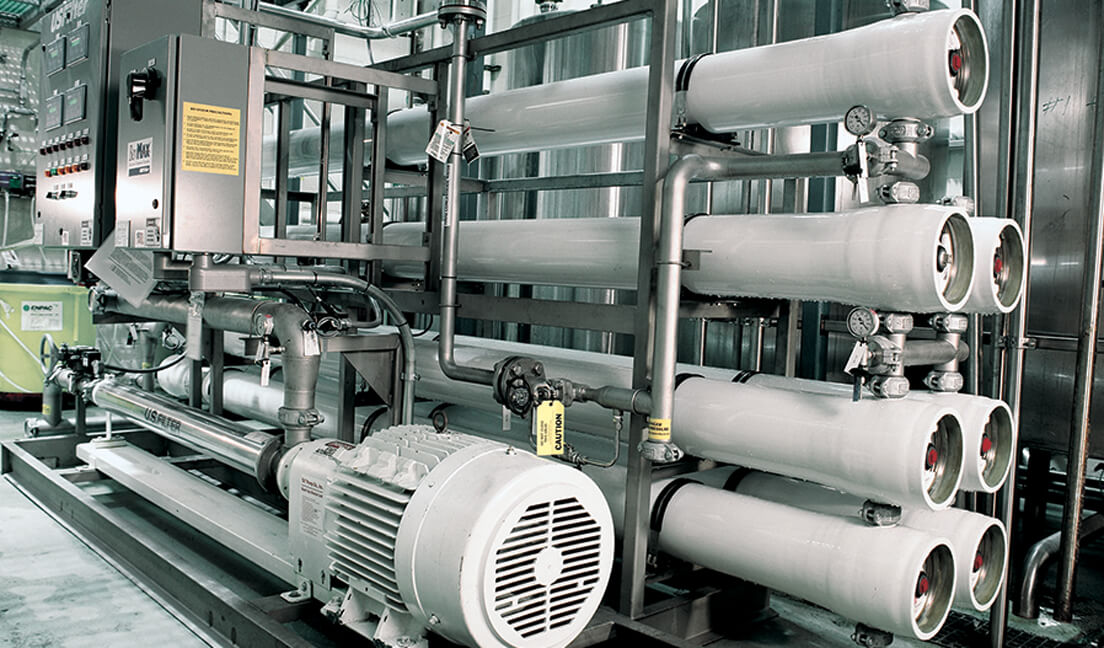 The challenge for Adirondack Beverages was to meet United States Pharmacopeia (USP 23) regulations for the production of bottled water and to be able to meet future USP 24 regulations without additional equipment. The company compared the cost of “Two Pass Reverse Osmosis” to the use of RO followed with Continuous Electrodeionization (CEDI). As the cost of both approaches was equal, the flexibility and the superior quality of the RO/CEDI approach was chosen.

Adirondack chose Evoqua Water Technologies based on the quality of their technology and the capability to heat sanitize both the RO and the CEDI. Periodically hot water at 85°F is introduced to the system to destroy any biofouling. Heat sanitization has been found to be more effective than chemical sanitization alone.

An extra RO was installed to recover water from the primary RO reject stream. The payback on this “brine RO” compared to sewer use fees was less than two years and cut the waste volume in half.